What is the Order of Belts in Karate?

Home » What is the Order of Belts in Karate? 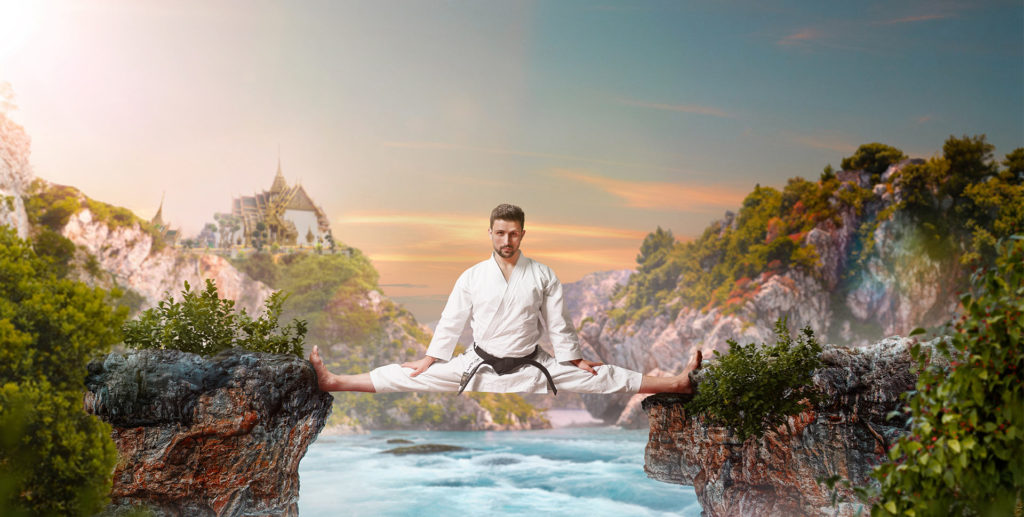 Karate is a martial art that you can find in every corner of the world. While it was once a discipline reserved for a select few pupils, it has since expanded to become globally practiced.

Like most martial arts of this nature, the globalization of it meant that it needed to be streamlined somewhat. Instead of small, intimate dojos where masters new their students well, there were going to be larger dojos with trainees that may travel place to place.

This, along with a number of other factors, led to Karate developing a streamlined ranking system to determine an individual’s skill level.

Not only did this allow masters to identify the abilities of a student they may not be familiar with, but it gave aspiring hopefuls a physical goal to strive to obtain.

In this article, we’re going to list the different belts, what rank each represents, as well as what it means for a pupil to receive one.

What are the Ranks of Karate Belts?

Before we get started, it’s essential to know that the student ranking system differs from school to school. While most dojos follow the same basic outline, there may be one or two differences depending on where the school is.

There are typically nine Karate ranks in a traditional ranking system. Most schools follow the same basic order for these ranks, with one or two being switched around. However, the order that we’re about to discuss is generally accepted as the official ranking.

The order of Karate ranks are as follows:

Keep in mind; the progression system is not as straightforward as this. Many levels have individual ranks within them called Dan Ranks, which are represented by strips of tape on the belt.

While this is how a pupil’s skill and maturity level is displayed these days, Karate didn’t always follow this system. Prior to the end of the Second World War, rather than individual colors, a student’s progression was shown simply by dying the belt a darker shade.

Which Belt is the Highest in Karate?

The black belt is the highest belt in Karate. Although it isn’t the highest rank that a student can achieve.

The black belt represents years of dedication and hard work. It signifies that the wearer has dedicated years of their life to their discipline and commands a vast technical knowledge of the martial art. Black belts are highly respected, both in their particular field, as well as outside it.

When a student achieves their black belt, they begin to progress through the Dan Ranks. How many Dan Ranks there are, and the practice of them, varies from school to school, as well as between different martial arts.

It’s impossible to give one concrete ranking of the Dan Ranks achievable after a black belt. However, we can give you a general outline of how the Dan Ranking system progresses:

How Long Does it Take to Get a Black Belt in Karate?

How long it takes a student to earn a black belt is dependent on a number of varying factors. The dedication and motivation of the student, the standards of the school under which they are studying, how often they attend classes, and more all play a part.

That being said, like all other martial arts, there is no required amount of time one must practice to get their black belt. It could take one student three years to achieve it, and another nine. It all depends on the individual.

There are guidelines, though, that Karate schools generally follow pertaining to training frequency, age, and maturity level for each individual student, though.

Advancing through each rank in Karate, including the black belt, not only symbolizes skill but maturity, as well. As such, attaining one is as much about personal growth as it is skill level, which is why it often takes skilled pupils longer to get their black belt the younger they are.

A dedicated adult that studies Karate twice per week can, roughly, expect to earn their black belt in about five years. While this can fluctuate massively, this is a general median.

Karate masters tend to discourage intensive training for the sake of achieving higher ranks quickly. They believe that it damages the spiritual and personal growth that a student would otherwise undertake over a more extended period of time.

How Do You Show Karate Belts?

When you progress a rank in Karate, you get to keep your old belt. Some people throw these in a drawer to be forgotten about, but some people like to decorate with them. Doing this helps to display the hard work that you’ve put in, and can serve as a motivator.

You can buy displays online or make one yourself. Generally, it is a long rank that you hang up, with each belt being strapped onto it horizontally, in order of ranking. The end result looks like a rainbow pattern.

In terms of showing the Karate belt that you’re currently on, it is tied around your Karategi during practice. When you’re not wearing it, what you do with it is up to you.

What Does Each Rank in Karate Represent?

The belts of Karate all exist for a reason. The belt colors signify growth and a different stage in the pupil’s training, so it’s only natural that each would have some significance.

While not all masters and trainees put stock in the metaphorical aspect of martial arts, instead focusing on the practical element, it can be interesting to know none the less.

The white belt, also the beginning belt, represents a fresh, bright light or a new canvas. It is blank, with no knowledge or skill, yet ready to learn and grow.

The white belt is the belt that all Karate pupils begin at, although they may not stay on it for long. It serves as a starting point from which they can enhance their skills.

The yellow belt is similar to a ray of sunlight. It is the first, bright impression on the blank white belt. It represents the beginning of a new day for the student, as they open their minds to more possibilities.

A yellow belt is indicative of a beginner that has dedicated enough time to learn the very fundamentals of Karate. This rank can mean that both the person’s skill and maturity are lacking for progression, but it serves as a stepping stone for younger students.

The orange belt is the representation of the yellow belt being matured. The student is no longer a new morning sun, and is instead a tried and tested evening, having grown both in skill and spirit. It is darker than the yellow belt to represent this growth.

Holding an orange belt means that a student has got a solid foundational knowledge of the Karate martial arts. It is indicative of a pupil that is progressing onto greater things but still needs time for training.

The green belt is darker than the orange belt, again representing this darkening maturity, and as a callback to the old Karate grading system of dying belts darker colors. It means that the student’s sunlight has given life to something more significant and that the roots of something exceptional have begun to grow.

A green belt is well versed both in Karate fundamentals, as well as some of the earlier, more advanced techniques. This kind of student is dedicated, hardworking, and is likely to continue progressing.

The Blue belt signifies that the plant which was seeded during the green belt has grown up towards the sky. It represents a more prosperous and more in-depth understanding of Karate techniques and a future of limitless possibilities.

A blue belt student is well on their way to achieving a black belt. This rank requires mastery of Karate fundamentals, a strong personal spirit, as well as a high level of understanding and skill for many advanced techniques.

Obtaining a Purple Belt is a representation of a sunset. The early morning indicated by the yellow / orange belt has progressed throughout the day and is moving towards night time, moving forward along with the student’s maturity and skill.

Purple belts are considered experts. They are expected to display a high level of skill in all techniques and show serious dedication towards the martial arts discipline.

The brown belt shows that the plant has fully grown and can now be harvested. The student themselves have progressed and developed to the point that they can be considered mature.

Brown belt students are considered combat-ready and often assist their sensei with teaching activities. The brown belt is regarded as one of the final hurdles on the way to a black belt.

Between the brown belt and the black belt is the red belt. A red belt signifies the sacrifice and dedication that a student has shown to reach this position. Red belts are merely steps away from becoming masters.

There is not much growth for a student to undergo between their red belt and black belt. Their training is going to focus on refining technique and ensuring that they can perform with consistency.

Finally, the black belt represents the dead of night and the student’s shadow. It shows how the student has completed the cycle from bright morning to aged and mature night.

Black belts are masters and often act as senseis in their schools. The only progression left after this is Dan Ranks, and so is considered one of the highest achievements that a Karate student can obtain.

How Did the Karate Belt System Come About?

Most people don’t know that Karate actually originated from Okinawa. At the beginning of martial arts history, it was reserved for a few select Okinawan students. It’s likely that it was developed in response to people being unable to carry weapons.

The belts for Karate didn’t exactly use the belt colors system that is in use today. Rather than a white belt, blue belt, orange, and brown belts, there was a smaller color combination, and it was based on Kyu Ranks.

It then progressed to the darkening of a student’s Karate belt to represent their rank, before it finally evolved into the system that we have today.

How Can I Study Karate?

While Karate was once a niche type of martial arts, it has since expanded massively around the globe. There are Karate schools in almost every country in the world.

Whether you’re in Europe, America, or otherwise, it’s likely that you’re going to be able to find a Karate school that is relatively close to you.

A quick Google search is going to tell you where your nearest school is. Once you find out, you can give them a call to enquire about joining. You might want to sit in and observe a lesson, or ask some questions; either way, they should be happy to help you.

While you may start as a white belt, there’s little doubt that you’re going to be onto your blue belt or brown belt in no time.

Hopefully, you found this article on belts Karate useful. Karate belts actually have a long history that has evolved over the years, and understanding that significance can play a large role in your appreciation of the discipline.

Whether you’re aspiring to be a black belter yourself, or you’re just curious, you can check out some of the other Karate articles we have for even more information.

The Best Belts to Buy