How to tie a karate belt

Home » How to tie a karate belt 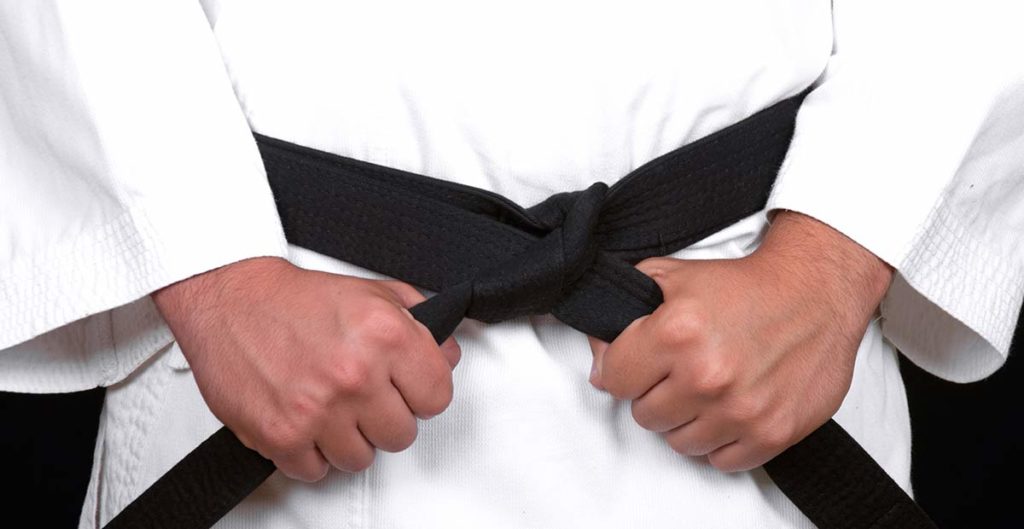 It’s one of the most common questions I get asked by parents is how to tie a child’s belt. There are many moms out there with little black belts running around, and they don’t know what in the world they’re doing!

Well, fear not! I am here to show you step-by-step (with pictures) how to tie your child’s belt. You just need some patience when it comes to this part.

I will try my best not to confuse you with Japanese terminology, since karate belts are worn just about everywhere else outside of Japan with different names. My mom runs an after-school dojo in MA where the kids wear karate belts when they come in for classes, so she has always tied them in the “reverse knot.” I will not use this method (it makes it too difficult to untie) but rather what I learned during my black belt tests.

The first thing you need is your belt. It should be either a karate or judo belt, plain and simple. It may be pleated (like mine) or taped (again, like mine). My mom does not like using anything besides white belts with her dojo students because they are easily discolored by dye from other colors of belts that seep through onto them over time. So if you want to use tape for any reason, make sure to get some made for karate uniforms/belts so it doesn’t affect the color of your uniform.

(Please ignore the stain on my belt; I accidentally got some red dye on it. What can I say? There’s a first time for everything.)

For starters, fold your belt in half (lengthwise), like so:

Fold it again (in thirds), as shown:

Take the top and fold it down about three inches, as shown:

You now have a finished edge to work with! Yay!

Here is where you start tying…I promise you’ll get the hang of it after a bit. Make an “X” from left to right, then another from right to left. take the left strand and put it under the two right strands, like so:

Then take the right strand and put it over both of the lefts. Like this:

Now you start alternating sides (left/right) with each knot.

And here’s what it looks like when done! Just tighten and adjust to your kiddo’s waist size.

Oh, and in case you were wondering: yes, they can untie their own belts if they want to. I asked my mom about that since I had my own children doing just that when changing at home when they were still wearing diapers…lol! She said either there aren’t enough knots for them to do it quickly or perhaps they become too dependent on adults tying their belts for them since it is a safety issue. Either way, I think it’s a good skill to learn for them!

Hope this helps, mamas…and remember: patience is a virtue! If you need something shorter and more concise, please check out THIS page . I personally go with the longer version since my students have been doing karate since they were 2 years old on up and all know how to tie their belts themselves at this point–no excuses about being a baby now just because you’re almost a black belt either.

How do you tie a karate uniform?

-First, cross the belt in front of you. Then tie a square knot (you can google more details on that if you don’t know how to do it). -Take the ends and pull them through the loop created by the square knot. -Pull tight and voila! It’s really not as difficult as it looks…I hope this helps 🙂 Take care! Thank you for visiting my blog today.